The View From Behind The Sofa: A Scottish Perspective 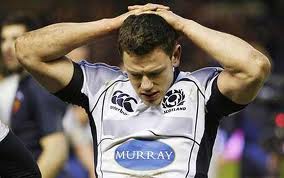 Reports are coming in from Edinburgh that Scottish International Professional Rugby Union player, Nick DeLuca, may have completed a scoring pass. Although these reports are unconfirmed at present, they are being widely read by a disbelieving nation across most social media, and The Hootsman. 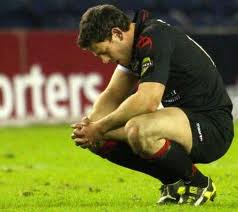 When asked by reporters if this was potentially true, former Scottish International Chris Paterson, declined to comment as he’s not a religious man. However, the “Miracle of Murrayfield” as it has now been dubbed, may be starting to cause some problems within the Scotland camp. A SRU insider has described Euan Murray stalking the corridors of Murrayfield holding a St. James’ Bible aloft exclaiming “The book! The book!”, and “Blasphemy! Blasphemy!” When asked for comment Murray mumbled “Something something Catholic something.” It’s not known quite what he meant by this.

Meanwhile, the SRU have put out an appeal that the recipient of this pass please come forward as a matter of urgency. Although there have been a few promising leads, thus far no-one has come forward.

When asked for his opinion on this potentially epoch defining moment, James Haskell asked, “Who?” 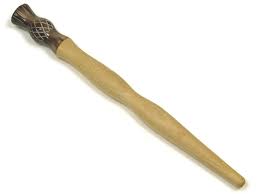 How a wooden spurtle may look

The Six Nations Executive Committee have been looking at proposals to honour the Scotland rugby team. The front running idea is to replace the wooden spoon with a wooden spurtle in recognition of Scotland’s pioneering work making the other five nations look good. A source in the committee said, “It’s very much on the agenda. Moving forward, it is something the team are definitely interested in actioning.”

More VFBTS coming soonish, maybe, depends if Chek gets his arse in gear.

Just the facts, man.
View all posts by sagmog →
This entry was posted in James' Unwanted Guests. Bookmark the permalink.

360 Responses to The View From Behind The Sofa: A Scottish Perspective