Would a French wooden spoon really bring smiles at the FFR? Could Wales save French rugby by hammering les Bleus this weekend? 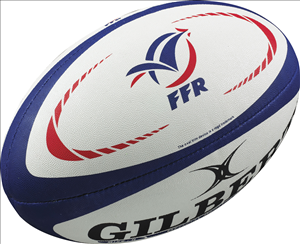 The very real prospect of France losing to Wales next Saturday may not be seen as a bad thing in many circles in Paris. While the fans will once again bemoan the inconsistency of their fickle XV, others will see it as an opportunity not to be missed.

If France loses to Wales then it is quite possible that, with two very tough trips away to Dublin and London, the French could finish last for the first time since 1999, or worse, if a rejuvenated Scotland win in Paris, dine with their first wooden spoon since 1957.

Now why would this be welcome in Paris? Because a new deal is going to be signed in June between the FFR and the clubs (LNR).

Let me rewind a bit. As with every other coach before him, Philippe St André only gathered his squad together just prior to the 6 Nations. The players represent their Top-14 clubs right up until the tournament and the Top-14 continues throughout the tournament.

Not only is the preparation time abridged, but, as often happens, PSA lost a couple of players – Clerc and Dulin – to injury. “On a l’impression que quand on prépare les compétitions, les autres font un 100 m et nous un 110 m haies“, said PSA. While the others prepare for a 100m sprint, we prepare for the 110m hurdles. Nothing new there, right? It’s been like that since – well, since the 5 Nations began, essentially. So why moan now?

Because other nations have moved on. France is the last country which combines a thriving club competition and the absence of a deal between the clubs, the players and the Federation.

What does the LNR want? As they pay the players, they want more Heineken Cup and more money. Some of them would not mind a Top-16 (at the expense of international games) and it would be very popular. Thank dog they‘re split between the newcomers (the rich guys behind Toulon, Racing, Montpellier and Stade Français who basically look at the Champions League as their model) and the more traditional ones (Toulouse, Clermont, Biarritz, USAP, etc).

What does the FFR want? Control of the best players for the national squad and control of the calendar. Problem is, the FFR is poor. In 1998, the FFR had to accept a bad deal with the Stade de France. They don’t even make half of what the RFU makes with Twickenham or the WRFU with the Millenium.

Serge Blanco is as shrewd in a suit as he was on the field. When the Ireland game had to be postponed due to *cough* frost, Blanco seized the opportunity to launch the idea of a new stadium. If it is not built – and I think it will be – at least its very notion will help to extract a better deal from the Stade de France during the contract negotiations – currently underway – to extend tenancy till 2017.

Blanco is an Operator. He skipped the coaching stage and went directly for the top job. He was the boss at Biarritz, he’s been the boss with the French Baa-Baas (and got them an international window), he became the boss at the LNR when the game turned pro, and now he’s the VP of the FFR. And he will be the next president. Not only did he jump camps, he left one of his fans – Paul Goze of USAP – running the LNR.

And, funnily enough, Goze and Blanco will be responsible for cutting the deal between the LNR and the FFR in June.

One cannot help but think a French humiliation in the 6N would go a long way to help the cause of the FFR in that negotiation.

Whether the players end up centrally contracted is another story.

Emailed from Paris by flair99 with one eye on his Veal Escalopes à la Normande on the stove. Recipe available on application

This entry was posted in Six Nations 2013 and tagged 6 Nations, FFR, LNR. Bookmark the permalink.

592 Responses to Would a French wooden spoon really bring smiles at the FFR? Could Wales save French rugby by hammering les Bleus this weekend?