View from a Suncorp Stadium turnstile – Part I 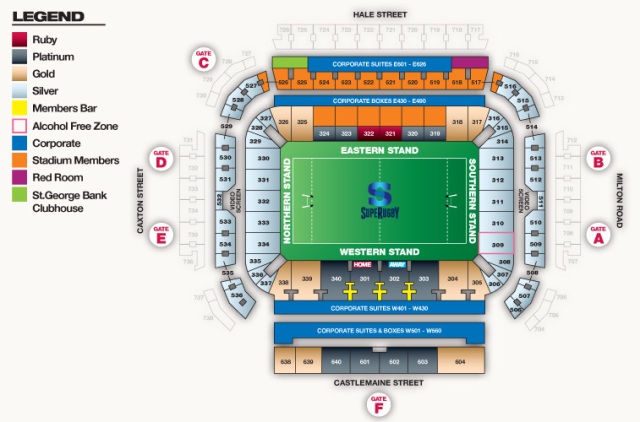 In this first of a two-part exclusive, someone very well placed to offer an insider’s view of the Australian Super 15 teams’ chances in the 2013 competition wipes the XXXX suds off his top lip and unleashes his wisom

Yeah, it’s Ern here. Short for Ernie. The last bugger to call me Ernest’s still looking for his teeth.

I’ve been on the turnstile here at Suncorp Stadium – home of the Mighty Reds – since before it was Suncorp Stadium, when it was good old Lang Park, when a name on a footy ground meant something, when a footy ground wasn’t just a bloody big advertising sign. [Editor’s note: six paragraphs of reactionary nostalgia deleted]

Anyrate, on account of most of you live closer to the North Pole than this sun-blessed [Editor’s note: two paragraphs of Brisbane tourism propaganda deleted after it was discovered Tourism Queensland had slipped the author a carton of XXXX] city, I reckoned you’d be interested in my thoughts on this season’s Australian Super Rugby teams in case you were thinking of investing a quid on a game or two, like. And if you’re not interested, stiff cheddar.

‘Course there’s only one team that matters. My mighty Reds. Now I don’t care what Big Kev Horwill says, it’s the backs that win matches. All forwards do is show up and eat everybody’s food. Half the buggers can’t even fit through my turnstile. Just look at 2011. Our scrum was going backwards the whole time but Quadey and Sanchez took the team the whole way. 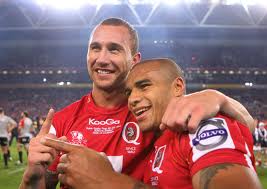 So Sanchez’s out for the first few rounds. That’s a bit of a loss. And who knows how he’ll be when he comes back? But we’ve got decent back-up with Benny Lucas at 9, plus Quadey’ll be there to hold his hand, show him the ropes, like. Plus if something goes wrong for Benny, my mate Quadey’ll take all the stick from the haters. Bastards they are.

Now the outside backs should be better than 2011. Hopefully at some point in the season we’ll have a backline of Sanchez, Quadey, Diggers, Taps, Ant Fainga’a, Shipperly and Morahan. Ant’s a great defender but there’s a reason Quadey developed such a great cut-out pass. So he could get the ball around Ant. The rest of the backline’s known quality, even if Diggers is getting a bit funny in the head.

He’s been used as a battering ram by Dingo Deans once too often.

The forwards? Well, they’re an average bloody story. We lost Higgers to the Rebels. I’d’ve given them girlie Rob Simmons plus his cab fare to the airport. Higgers isn’t up to much at international level but he’s still the best 6 in the country. So that’s a blow. Even if his name makes him sound like a Pom. Still, if the Poms can have blokes called Tuilagi and Corbisiero, we can have one called Higginbotham. Anyrate, between Big Kev and Liam Gill there might be enough quality in the pack to help get us to top of the Australian conference. But, if I’m honest with myself, and there’s nothing like a schooner of XXXX to open the honesty floodgates, we probably won’t win the whole thing.

My tip: 1st in the Australian conference (3rd overall)

Now the Brumbies. Reckon they’re our main rivals for the conference. Their backline looks pretty good so they should do all right. Good pair of halves in Nic White and Christian Lealiifano. 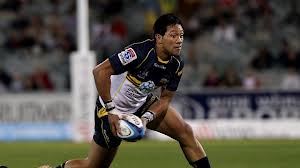 You blokes won’t know a lot about Lealiifano. Talented fella. Busted a leg last year or he could’ve turned up in a Wallaby jersey. They’ve got a lot of options in the centres with Georgie’s little brother Tyrone Smith, McCabe – when he’s fit again – and Kuridrani. They’ve also got a dangerous pair of wingers in Joe Tomane and Henry Speight not to forget Clyde Rathbone making the mother of all comebacks. Fullback could be dodgy. Jesse Mogg started well last year but dropped away. If he can be a bit more consistent they could be pretty dangerous. Plus Robbie Coleman can play fullback a bit as well.

Now it’s all Jake White’s fault that the Brumbies’ pack is pretty bloody good. You can take the bloke out of Bokland, you can’t take Bokland out of the bloke. Dingo Deans wouldn’t know it – what does he know? – but they’ve got Australia’s best scrummaging tighthead in Dan Palmer.

He’s nicking off to France at the end of the S15 season. To improve his scrummaging, he reckons. ‘Cept he’s going to Grenoble. Typical brainless prop. Anyrate, along with Moore and Alexander that’s a decent front row that’s good around the park too. They’re a bit light in the locks but they’ve got more backrow options than you could poke a Chiko Roll at – Pocock, Mowen, Kimlin, Fardy and Colby Faiinga’a. They lost Michael Hooper to the Tahs but how bad a replacement is Bam Bam?

I reckon they’re stronger than last year, ought to finish in the same spot in the conference, but could make the finals.

The fact that the Brumbies rolled us first up last weekend absolutely in no way at all undermines my unshakable belief in my tips and forecasts. They done good, we were rusty.

See you later for a rundown on the other Australian teams – the Tahs, the Rebels and that mob that ought to be cut adrift and let float off into the Indian Ocean.

Anyrate, that’s it for now. My throat’s drier than a dead dingo’s donger.

This entry was posted in James' Unwanted Guests and tagged Rugby, Satire, Super 15. Bookmark the permalink.

714 Responses to View from a Suncorp Stadium turnstile – Part I