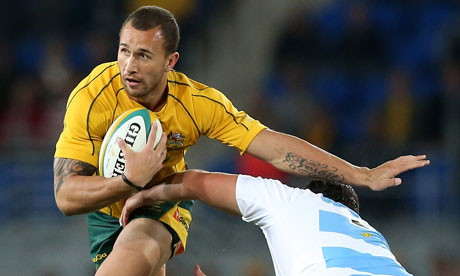 What’s up, peeps?! It’s your main man the QC in the house!

I would have been here sooner but it’s taken six months of negotiations. My awesome agent Nass had me lined up to do a Rugby League blog but League fans only try to colour in the pictures. ‘Course I’ll probably do a bit on the boxing blogs after I won my first bout by KO a few weeks ago against a really tough insurance salesman.

Plus I’ll keep an eye on League, too, what with my main man SBW about to tear it up for the Roosters. I don’t care what anyone says about Sonny Bill – you know the kind of crap I’m talking about, how he’s wasting his rugby talent playing in Japan, playing League, fighting lard-arses who couldn’t even sell insurance – he is still an inspiration to me. 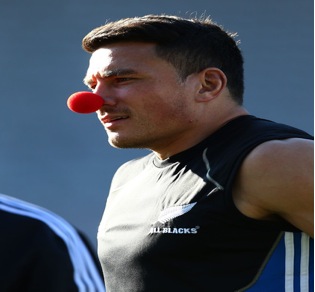 Anyways, down to rugby. You all fell for it, didn’t you? All you Northern Hemispherites watched the first weekend of the 6 Nations and said: “Wow! There were loads of tries there, bro! This Six Nations is gonna be different!” And then look what happens. Another week, all that freezing cold rain, and it’s right back to Tryless BorefestTM. Then everyone had a week off. A week off? Weak bastards. Then they come back rested for another Tryless BorefestTM. Then they have another week off! Soft soft soft.

It’s a big year, hey, what with the Lions Tour happening? Throughout this year I’ll be blogging to tell you all about life as a Wallaby and how we’re getting ready to smash your boys. Of course that depends on whether Robbie the Cun Coach picks me.

“Tackle, Quade. It’s a verb that can be either transitive or intransitive depending on context, defined as stopping an opponent carrying the ball, especially by forcing the opponent to the ground.”

Who knows with him, hey? Some of the boys reckon Dingo throws darts at a board for his backs selection. Seriously, though, Dingo and me have to put our differences aside in order for me to destroy the Lions even though it’ll mean Dingo stays on, keeping Ewen from getting us playing proper attacking rugby without so much freakin’ kicking [Editor’s note: the preceding text was redacted by an ARU lawyer, replaced by the following text with accompanying photo] Robbie and I are looking forward to putting our differences aside and working together to do what is best for the success of the Wallabies. In the meantime I’m just going to concentrate on Being The Best Player I Can Be© by tearing up Super Rugby.

Got to admit the Reds didn’t kick off the season all that great against the Brumbies the other weekend. I’ll put my hand up for being a bit rusty. Beats me what the forwards’ excuse was. They were just plain shite.

Better effort against the old foes the Tahs last Friday. It’s a long season. And we’re up for it.

Or, as us boxers say, let’s get ready to rumble, baby!

Assembled by BennyBlanco from 27 tweets sent from a borrowed laptop