Is the long dark night of the Scottish rugby supporter at an end?

For many years, the 6 Nations experience for a Scotland fan has been similar to playing Family Guy‘s Cleveland’s Civil Rights board game Two Decades of Dignity; you don’t win, you just do a little better each time. Small signs of progress have often been scotched by poor selection, poor decision-making, and Hugo Southwell.

FFS Hugo! Just put some clothes on and FO!

The bald statistics this year make for relatively happy reading – two wins, third place, seven tries. Frankly, if you’d offered me that half an hour before kick-off against England on the first weekend, I’d have bitten your arm off and chewed it gleefully. Compared to our fate last year, I should be delighted.

I am not delighted. In fact, I am rather disappointed. We were fairly poor throughout the tourney, barring an obliteration of Italy. We squeaked the Ireland game, got gubbed by the English, were penalised out of existence against Wales and got punched-up by Freddie Effing Michalak.

FFS Freddie! You put some clothes on and FO with your fists too!

It did not need to be this way. We have the best player group I can remember for many a year, at least since 1999. None of the other 6N teams were perfect, and all were and are beatable. But something was amiss.

As many worthy BTLers have remarked, our backs have gone from guff to gold, and our forwards have waved merrily at them whilst travelling in the opposite direction. This pains me, especially as the root cause seems to be tactical – we’ve stood off the breakdown, panned across the field and let opposing teams make easy ground up the middle.

We badly missed someone like Ross Rennie in the 7 shirt, though KellyBrows was superb. We defended manfully, but we gave teams far too much headway in the tight. It was obvious after the first game but it wasn’t fixed. When we had the ball we kicked it away as part of a general refusal to play any rugby in our own half. Given that many of our tries were long range efforts, this unwillingness to back our own ball skills seems deeply, deeply stupid.

One of these men isn’t deeply, deeply stupid

I worry that Scott Johnson will keep the job, and that this approach will continue in the long term. Scott, if you’re reading, you might want to think about giving these guys the ball a bit more. 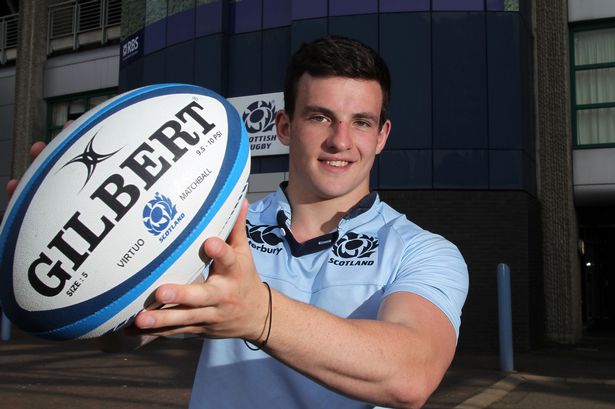 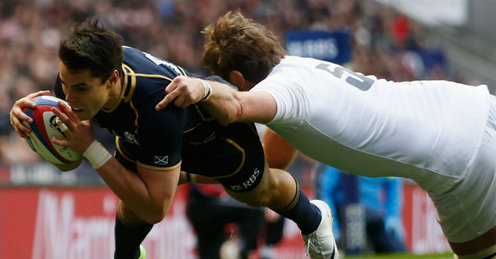 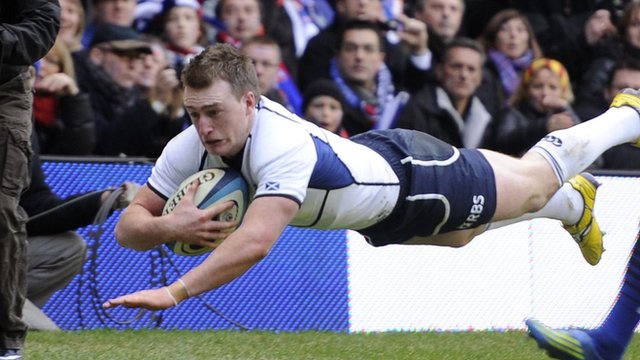 I’m also frustrated that an opportunity was missed to blood a few uncapped guys whose club form has been red hot. MacArthur at hooker, Dunbar and Horne in the centres and Swinson at lock. I’m very pleased that Harley, Gilchrist and Wilson have all seen game time, but it upsets me that SLamont and Begbie are still deemed to be our first and second choice 13s.

The future’s bright? Well, at least it’s no longer a depressingly anaemic shade of beige.

The Honour Roll for this year’s tournament is longer than usual – Ryan Grant, Hamilton, Gray, The Rev, Kelly Brown, Laidlaw, Weir, Scott and the Holy Trinity back three all performed very well given the tactical constraints. Beattie and Harley played well in fits and starts. Slamont, Jackson and Ford often looked like they were having a fit on the pitch.

Some of our boys will be off Down Under at the end of this season much to sag’s and PotC’s chagrin.

Editor’s Note: This is neither sag nor PotC. Professional actors were employed to portray their anticipated chagrin

Given the absences with the Lions, our touring squad to South Africa will have an odd look to it. I’d like to see Dunbar, Heathcote, MacArthur, Wilson, Sean Kennedy, Mark Bennett, Peter Horne and Tommy Seymour involved.

Hopefully, this will allow us to set up the following match-day squad for the first Autumn International of 2013.

Compare that to our match day squads of even two or three years ago and it is clear that things really are looking up. Subject to tactics, of course.

I’ve got to the end of this article and realised it is almost entirely devoid of humour. Sorry folks. It’s melancholic, regretful and tempered by a cautious optimism. Anton would be so proud.

“I am so proud of my boy Chekovian!”

493 Responses to Is the long dark night of the Scottish rugby supporter at an end?