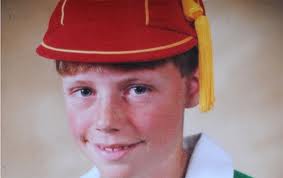 Hello everyone! I’m back again to bring you all up to date on life at home with Happy Ianto and Mam and how things are going for me!

Well, just to close the last chapter, my ex-girlfriend Gladys Moping-Pew did indeed drop by for a visit, and it was lovely to see her. Even my Mam seemed pleased as she insisted on perching herself quite uncomfortably on the edge of my bed so that Gladys could have my Mam’s favourite chair by the door while we all drank tea together.

It was was a bit surprising because my Mam was never that keen on Gladys in our courting days. Mam thought I could do better with one of the nice girls from the posh new Jonathan Davies Gated Community on the other side of the Valley.

Anyway, let me share some good news. My rehab is over and I am fully back on my feet again training and raring to go!

It wasn’t all plain sailing I can tell you.

I remember another day in particular when I had a visit from some of the lads from the Welsh squad just before the Six Nations started. Ryan Jones, Dan Biggar, JD and Leigh all dropped in to say hello.

I was well on the road to recovery by then and we were all sat around chatting in the front room. Dan had been reading my hardback edition of 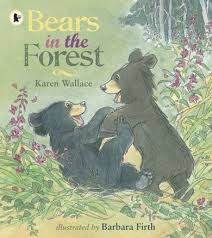 Bears in the Forest – I read Happy Ianto a chapter every night before we go to sleep – and he was putting the hefty tome down when it somehow slipped from his hands and you’ll never guess which of my feet it landed on with a thump!

The pain was excruciating, but when the agony started to subside about an hour later we all had a good laugh about “Dan’s handling ability” as Ryan carried me back upstairs to spend an  extra two weeks in bed!

And Dan’s such a thoughtful friend. He popped in a couple of days later with a special present for Happy Ianto and me to make up for his clumsiness.

In some ways, though, I was relieved as around that time I had started to fret about being fit again in time for the Lions tour. Feeling homesick was still one of the less happy memories of the World Cup, and on top of that things came to a head one night when I had a very upsetting dream about the Lions trip …

I was with the Lions squad in Australia and I was asleep in a hotel room near the ocean.

Suddenly a crack of light

split the room in two as the bedroom door opened and someone slipped in and crept towards my bedside.

This shadowy figure reached down and gently eased his gnarly fingers under my duvet. My horror intensified when I realised that he was groping for Happy Ianto!

Then suddenly I was looking down from my hotel balcony onto an unspeakable act unfolding on the terrace below. Manu, Dylan and Ginster were competing to see who could throw Happy Ianto as far out to sea as possible!

On and on it went, and the more soaked and heavy Ianto became with each dunking, the further he flew out to sea.

I woke bathed in sweat, I can tell you, but thankfully I was home in my own bed with Happy Ianto safely tucked up beside me. I realised very quickly it had only been a Lions dream because Dylan and Ginster were there.

But even though I was plagued by doubts and misgivings, I knew my days at home with Mam couldn’t last forever. I was fit again and the familiar, restless feelings were returning. I tried to suppress them by jogging each day up to Gwyryf’s Leap. 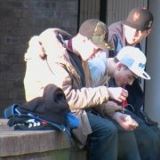 On my way I would pass the lads hanging round the corner Co-Op, and as I came into view they would point and shout, “Look! Look! It’s James Hook!” before doubling-up with laughter.

I really have those lads to thank for waking me up to myself. James didn’t sit around moping because he wasn’t allowed to play out-half. He had the courage to go all the way to a foreign country with a different language and now he’s rich.

My Mam knew the time had come too. She was still trying to be her happy self but I noticed that whenever we talked in the kitchen she would start to wipe her hands nervously on her apron even though they were always dry.

So now the day has finally come and my suitcases are packed and waiting in the hallway. Of course Happy Ianto tried to smuggle himself into a bag like he always does. We had our little laugh together about it like we always do. But it’s not a real laugh … it’s like a … a pretend laugh.

I know my Mam will listen to some of her old LPs when I’m gone, which gave me the idea to use one of her favourite songs – Suzanne by Leonard Cohen – to say this special goodbye to my best friend Happy Ianto.

Goodbye, Happy Ianto, and goodbye everybody! Wish me luck!

Disclaimer: MisterIks travelled to Wales for this interview courtesy of the Jonathan Davies Gated Community – No Right Turns, Only Left, Go Left!