The rugby world wobbled on its axis this Blessed Eva of Liege – known to her contemporaries as BEL – Day when news leaked from the Lions camp of shocking divisions within the squad with accusations of a clique formed by players known by their acronyms. 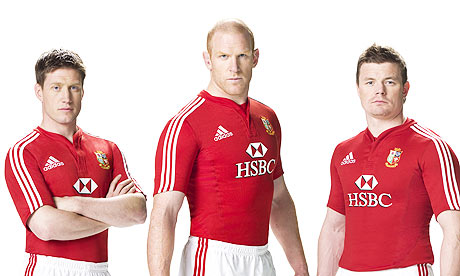 Lions squad acronym co-ring leaders POC and BOD with another acronym shortly before breaking the news to him that he’s not really in the Lions squad, it was a practical joke, no hard feelings.

BOD, POC, AWJ and SOB have shattered attempts to foster squad harmony by training, eating, drinking, showering,  and even pointing Percy at the porcelain and downloading brownware together.

Unaware of our THE SUNDAY Hask‘s insider’s allegiances, acronym co-ring leader BOD told him, “Is it our fault those other dicks’ parents didn’t have the foresight at the font to fast-track them as memorable? Take BOD. Snappy, instantly recognisable, saves a shitload of writer’s cramp signing autographs and fits snugly onto a BOD Brand Coffee Mug™. I mean, Alex Cuthbert? ACU? That’s only an N and a T short of a very apt description.”

ACUNT weeps for his parents’ lack of foresight at the font.

THE SUNDAY Hask understands that coach Warren (WAG) Gatland, himself an acronym, finds himself in an invidious position. “He’s an acronym”, acronym co-ring leader POC told our THE SUNDAY Hask insider. “He knows it, he can’t deny it. Either he’s with us, or he’s just Warren Fatland.” 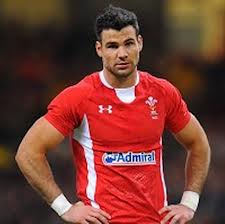 THE SUNDAY Hask can reveal exclusively that attempts have been made to join the acronym clique with shocking results.

Welsh surrogate flanker Mike Phillips, declaring he should henceforth be known as MPH, was immediately nicknamed “Zero” by fellow squad member Ben Youngs in reference to the speed of Phillips’ service to his backs. THE SUNDAY Hask can confirm that a brawl ensued, with Welsh squad members piling in to support Youngs, retribution for Phillips’ years of impersonating a scrum half in Welsh colours. 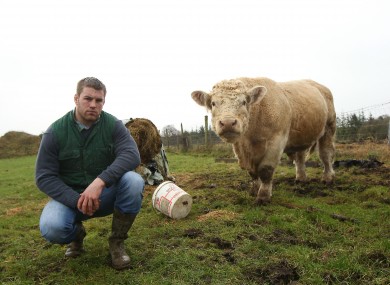 SOB with one of his milkers, shortly before milking, and the resultant career-threatening injuries.

Contacted for comment by THE SUNDAY Hask on his role in the Lions squad split, acronym SOB told THE SUNDAY Hask exclusively, “Fecked if I know. I’m just a farmer. Now feck off, I’ve got to get the milkers in.”

In other only marginally less shocking rugby goings-on this weekend, Wallaby fans were wailing after Toulouse’s Top-14 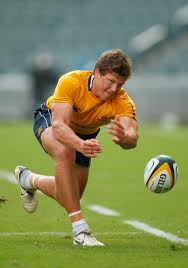 “Catch this, someone! Anyone!”

semi-final loss to OAPs Toulon, meaning scrum half Luke Burgess is winging his way back to Australia and a highly likely spot in the Wallabies squad.

“I still can’t pass for nuts”, Burgess boasted exclusively to THE SUNDAY Hask, “so Dingo’s a dead cert to put me on the bench in front of Nic White who can.”

In the Top-14’s other semi-final, Clermont’s loss to Castres, following their HC loss to Toulon, frees up Vern Cotter to take on the Scotland coaching job. “I’m become very fond of losing,” Vern told THE SUNDAY Hask exclusively, “so I’ll feel quite at home in Scotland.”

While acronyms in the form of SYNTS were the order of the day in the Aviva Premiership final won comfortably, in the end, by Leicester.

“Don’t talk to me about acronyms! I’ve got a PhD in SYNTdom!”

While, in a half-time interview, Saints coach Dorian West entered the SYNT pantheon by blaming Cockerill’s haranguing of officals for Hartley’s red card while overlooking Stephen Myler’s rank stupidity and Hartley’s ingrained SYNTdom. All in all, not a good day for Lions squad hookers. One unpacking his kitbag and flogging his kit on eBay, and Tom Youngs having a SYNT of a day trying to throw the ball straight.

Meanwhile, acronyms were AWOL in Dublin where the Ladyboys completed a perhaps not-unexpected Rabies title win over Ulster.

We at THE SUNDAY Hask wish our readers a safe and happy Blessed Eva of Liege – BEL to her contemporaries – Day.

This entry was posted in Sunday Hask and tagged Acronyms, Rugby, Satire, THE SUNDAY Hask. Bookmark the permalink.